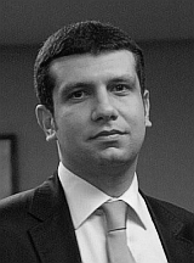 Alper Darendeli is a graduate of Bogazici University, Turkey, where he took his primary degree in Management in 2005 followed by a Master’s Degree in Economics & Finance.  He then joined the Listing Department of the Istanbul Stock Exchange where he worked for five years, focussing primarily on IPOs and on public surveillance.  He was appointed as a Mansion House Scholar (and also a Chevening Scholar) in 2011 and studied for an MSc in Financial Economics at the Said Business School.  He returned to London in 2014 and studied for three years for a PhD at the London Business School.  Alper writes:

“Cecil Rhodes, the influential businessman and politician who established the world’s most prestigious scholarship programme, once said, “Remember that you are an Englishman, and have consequently won first prize in the lottery of life”.  In a similar manner, I might claim to have won second prize in the lottery by having had the opportunity to pursue my graduate studies at Oxford, thanks to the Mansion House Scholarship Scheme.

My subsequent career owes a great deal to the ongoing support provided by the Scheme. Quite apart from the financial assistance, the mentoring scheme and networking contacts provided excellent opportunities to develop important new skills and contacts at an early stage in my career.  I still maintain my connections with other Mansion House Scholars in Singapore and with my mentor in London.

I am currently an Assistant Professor of Accounting at Nanyang Business School, Nanyang Technological University, Singapore.  Whilst I might have pursued a different career path than most of the past Scholars, the connections I maintain through the Scholarship Scheme always prove helpful to me whenever I need some external guidance or consultation.”