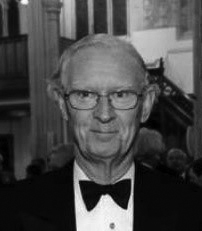 Neill O’Connor has been Secretary of the Mansion House Scholarship Scheme since its establishment in 1998.  He is a graduate of Sandhurst and Magdalene College Cambridge, and served in the Army for 35 years before retiring as a Brigadier in 1996.  Neill was appointed to Mansion House in 1998, where he served firstly as City Marshal and latterly as Swordbearer, combining ceremonial duties with management responsibilities, including the planning and organisation of visits by successive Lord Mayors to one hundred cities in fifty countries.  He retired from Mansion House in 2007 but continues to manage the Mansion House Scholarship Scheme.  He is a Liveryman of the Farriers’ Company and served as its Master in 2017.