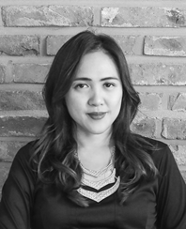 Patricia Sonata took her primary degree from Parahyangan University in Bandung, followed by a Master’s in Finance at the University of Melbourne, where she graduated with first class honours.  She then worked for the World Bank in Jakarta, focusing on infrastructure projects across Indonesia, with a particular emphasis on poverty reduction.  Patricia writes:

“In 2015, I was fortunate enough to be appointed a Mansion House Scholar.  I also was selected for a Chevening Scholarship and was admitted to the London School of Economics to study for a Master’s degree in Accounting.

My Mansion House Scholarship paved the way for my current career at the Green Climate Fund in South Korea, that is the flagship entity established by the Paris Climate Agreement to tackle climate challenges for developing countries.

The Scholarship Scheme allowed me to do much more than become familiar with the work of the City of London.  It provided me with a wonderful mentor from the Company of International Bankers, who counselled me about working prospects after graduate school.  The Scheme also gave me a welcome opportunity to build my international network.  I was invited to many events in the City, including a banquet at Mansion House with the Lord Mayor, dinners at two livery companies, a summer reception at the Old Bailey for all the scholars, lunch with a number of senior judges, and a fundraising event at Guildhall attended by HRH Prince Harry.  My fellow Mansion House Scholars became a family away from home, and we are still in close contact with one another.

I am proud that the Mansion House Scholarship Scheme has been a part of my career, and I will be forever grateful for its support.  The networking, mentoring, and advice have all multiplied my opportunities in life. The scholarship made higher education possible for me, and with that came the key to building a successful career.”