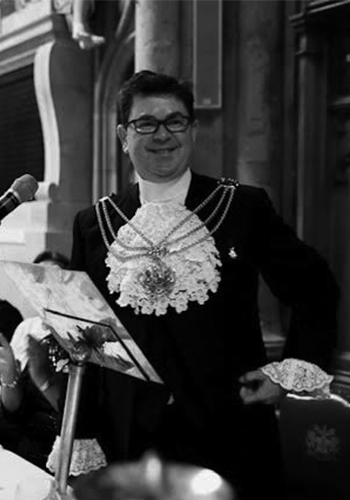 Tim Hailes has been Alderman for the Ward of Bassishaw since May 2013 and served as one of the two City Sheriffs in 2017-18.  He has spent the last 25 years working in the City as a derivatives, securities and wholesale markets lawyer.  In 2014 he was named ‘UK In-House Finance Lawyer of the Year’ and in 2016 ‘European Regulatory Lawyer of the Year’.  Tim read history at King’s College London before undertaking postgraduate legal studies at the University of the West of England, Bristol.  A Fellow of King’s College London, he also holds an honorary doctorate in law from UWE.