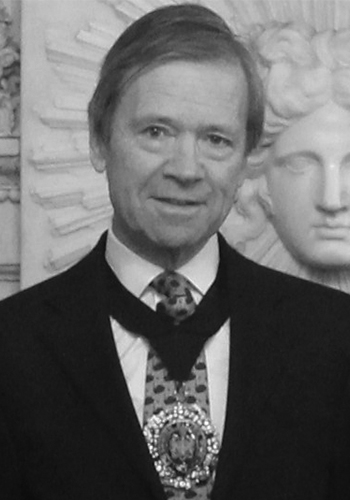 Lord Mountevans spent 45 years with Clarksons, the leading international shipbroker, where he was for many years Managing Director, Gas. He is now Chairman of Maritime London and a Council Member (and former Chairman) of Maritime UK.  Currently President of the Institute of Chartered Shipbrokers, a trustee of Seafarers UK (King George’s Fund for Sailors), and a Vice President of the Marine Society & Sea Cadets, he is also an Honorary Captain in the Royal Naval Reserve and Honorary President of Canning House.  An hereditary peer, Lord Mountevans was elected to the House of Lords in 2015, where he sits on the cross benches, and in 2015-16 he served as the 688th Lord Mayor of London.